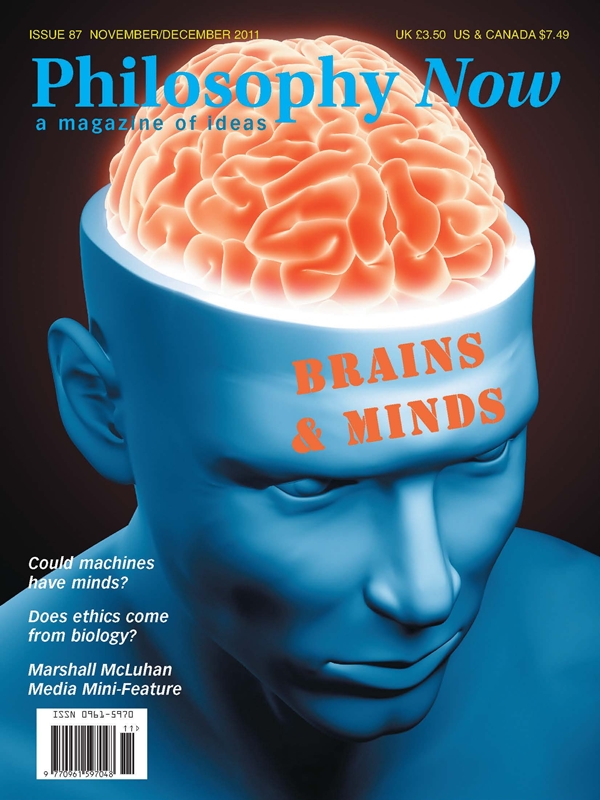 Michael Langford talks about the language we use to talk about the mind and brain.

Ethics On The Brain

Vincent Di Norcia theorizes how morality is generated by how the brain works.

Philosophy of Mind: An Overview

Laura Weed takes us on a tour of the mind/brain controversy.

Namit Arora considers the complexity of consciousness and its implications for artificial intelligence.

Come to our Party!

Gay Rights: A Question of Fairness

Paul Keeling on why we need environmental philosophy now.

Marshall McLuhan on the Mobile Phone

Peter Benson sees a prophet’s message come to fulfilment through net and cell.

What is Prudent Pragmatism?

William Bluhm & Robert Heineman show how to do ethics without foundations.

Our forty-first phalanx of philosophical felicities flatly formed by Deiradiotes.

Alexander McCall Smith is a former professor of medical law and now a popular novelist. Patricia Cleveland-Peck asks him about his interest in philosophy.

Michael Graziano is a Professor of Neuroscience at Princeton. Ernest Dempsey asks him about the mind and the brain.

Tim Madigan meditates on the man behind the message.

13 Conversations About One Thing

Tim Wilkinson sure knows how to have a good time.