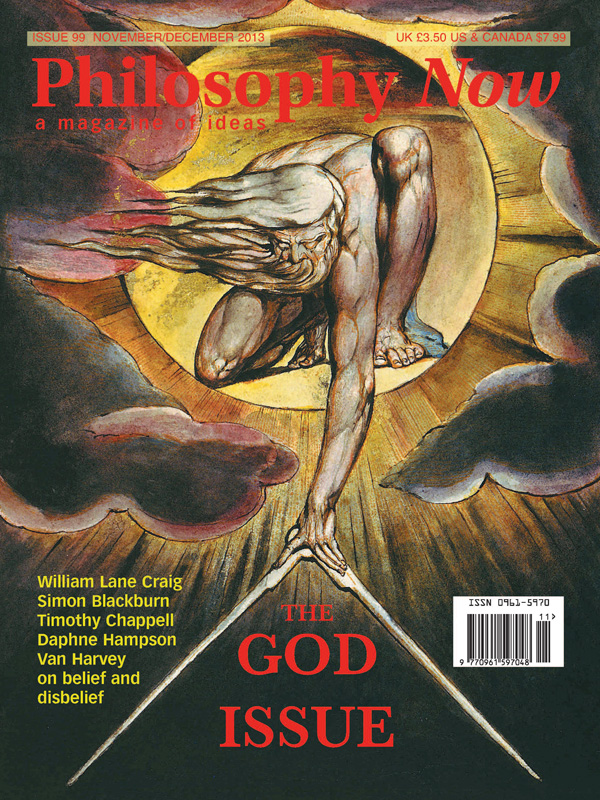 William Lane Craig says there are good reasons for thinking that He does.

Van Harvey reflects on Huxley’s and Clifford’s reasons for not believing.

Stephen Anderson reflects on responses to Hume’s argument that we can’t derive moral duties from facts.

John Lachs thinks it can get back on track.

Marina Gerner on a thought experiment about consciousness.

Daphne Hampson on the man many consider to be the father of existentialism.

That Was The Year That Was

Raymond Tallis looks for the missing link between them.

The Bible by Various

Our reviewer Les Reid finds The Holy Bible to be wholly unreliable.

The Big Questions: God & God: All That Matters both by Mark Vernon

Dharmender Dhillon asks what happened to the revolutionary potential of hip hop.

Kevin Heinrich introduces the ultimate in automated thinking. Or does he?