The End of History and the Last Man by Francis Fukuyama

Francis Fukuyama is a conservative political philosopher and economist. He was politically active during the Reagan administration, when he worked for the State Department, and also during the Clinton years, mainly through Washington think tanks. During the earlier years, Fukuyama was interested in US foreign policy, later becoming increasingly interested in broader, long-term political goals in the hope of providing solutions to problems on a global scale. He wrote The End of History and the Last Man in 1992 as an attempt to solve some of these problems. His contention in this book is that liberal democracy is the final form of government for the world, and the end of human ideological struggle.

The History of The End of History

The core of the book came from a paper written by Fukuyama in 1989 entitled ‘The End of History’. In it Fukuyama noted that Western liberal democratic traditions have maintained their place in politics over the last hundred years despite the successive rise of alternative systems of government: liberal democratic government has outlasted monarchism, fascism and communism. In fact, it can be said that liberal democracy has survived to increasingly become the choice of political system for all nations. Fukuyama’s central thesis in The End of History and the Last Man is that human history is moving towards a state of idealised harmony through the mechanisms of liberal democracy. For Fukuyama, the realization of an ideal political and economic system which has the essential elements of liberal democracy is the purpose behind the march of history. ‘Liberal democracy’ does not necessarily mean the exact type of constitutional democracy found in the United States. It can manifest itself in a number of ways, but its consistent features are freedom of speech, free and fair elections, and the separation of powers. Fukuyama argues that there are no ‘contradictions in human life’ that cannot be resolved within the context of liberalism; or more generally, that there is no longer an alternative political and economic structure that can offer solutions to problems such as the need for freedom, protection, and human rights. 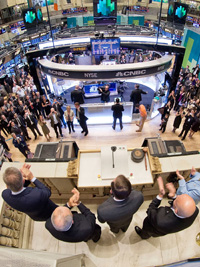 In making his claim about history having a process and a goal, Fukuyama is following in the footsteps of the early Nineteenth Century German philosopher Georg Hegel (1770-1831). This famous philosopher saw a ‘dialectical’ process as the driving force behind human history that will eventually achieve a final goal for humanity. This Hegelian dialectic is a logical process manifest in the events of history and unfolding over time. Hegel maintained that the operation of this Idea or ‘Spirit’ (Geist) in history will continually produce opposite, and conflicting, ways of thinking, thesis and antithesis: once the thesis has been formulated there will eventually be an antithesis opposing it. The result is a conflict of beliefs that somehow must be resolved. The resolution takes the form of a compromise between the thesis and antithesis. Thus a synthesis provides a temporary solution, until it too becomes the new thesis, or in the historical sense, the new ideological state of society, which in its turn is also opposed; and this dialectical process continues until the development of the ultimate society.

For instance, as Fukuyama agrees with Hegel, human beings are alike in the sense that they have basic needs, such as food, shelter and self-preservation, and that the human spirit also demands a recognition of our worth. We instinctively want to say to others, “I am greater than you, I want you to look up to me and give me respect.” Peoples’ desires taking the form of wanting other people to recognise their superiority creates conflict with their fellow beings. This is, in essence, a struggle for dignity. Because all people desire dignity, no party is initially prepared to give ground, so a struggle for superiority ensures. Hegel refers to this struggle as the master-slave dialectic or relationship. There will always be a winner and loser; so someone will be master, and someone is always going to be delegated to the status of slave. According to Hegel, people will eventually attempt to overcome their subservient status and fight for the sake of their self-importance, their highest ideal being the desire to make the enemy respect their abilities, and so recognise their humanity. (It’s the regaining of self-consciousness too.)

These and other conflicts are played out through history as dialectical processes. But Hegel believed that at the last stage in history, every human and every country will achieve a final synthesis. Fukuyama similarly believes that all humanity will shortly arrive at the final goal of history – liberal democracy. Fukuyama cites evidence that over time, more and more countries are turning to a liberal democratic system to solve their problems.

Like Hegel, Fukuyama believes this process towards the end of history will not be smooth and linear. Some countries will continue to fall in and out of democracy; but in the end they will return to the democratic style of government because it is the only form of government than can satisfy the human need for dignity. 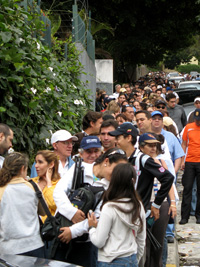 For Fukuyama, ideals such as the need for dignity represent important pillars upon which liberal democracy has been built; and this struggle for dignity and recognition is universal to humanity. Like Hegel, Fukuyama believes the striving for the full expression of our humanity is the driving force behind the progress of history. This striving manifests itself in the form of the nation state, since not only is there a need for individual recognition dictated by this psychological impulse, each cultural group must realize the same needs. But Fukuyama doesn’t ignore the importance of economics in the historical process, so he adds another pillar to his theory. Human progress through history can be explained in terms of ideas; but other advantages of liberal democracy are that it nurtures economic development, the rise of an educated middle class, and high levels of scientific and technological achievement. Fukuyama would perhaps say that countries such as Russia and China have not yet reformed their systems to incorporate both liberalism and capitalism because there is reluctance amongst the ruling elites to completely abandon communist ideals, although at the same time they do see the need to participate successfully in the global market. The problem for both Russia and China is the attractiveness of liberal ideals, which appear to go hand in hand with a free market economy.

One problem for Fukuyama is that his thesis leads to a paradox; one he is happy to acknowledge. The end of history will be an age where liberal democracies will meet the economic and psychological needs of everyone in every nation. There will no longer be a need to struggle for respect, dignity and recognition. However, what makes us human is our desire to be recognised as something more than just creatures with basic needs to be met. This leads to a paradox because when we will have finally arrived at the end of history, our basic needs are satisfied, and there will no struggle by which our superiority to animals can be recognised. As Fukuyama writes:

“The end of history would mean the end of wars and bloody revolutions. Agreeing on ends, men would have no large causes for which to fight. They would satisfy their needs through economic activity, but they would no longer have to risk their lives in battle. They would in other words become animals, as before the bloody battle that began history… Once our physical and mental states are satisfied we no longer have any use for one of the things that has been driving us toward an historical end. We no longer need to impose our dignity upon others.” (p.311)

We will then indeed be the last men.

David Macintosh is a professional educator in New South Wales, Australia, and a regular participant in philosophy forums. He wishes to acknowledge the assistance of Andrew Macintosh, who provided a historical perspective.