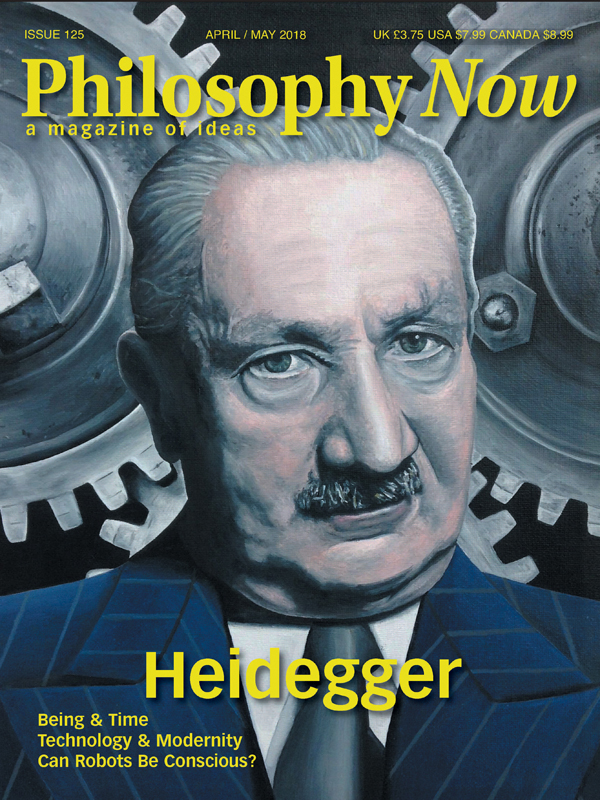 The Fight for the Soul of Philosophy

Report by our Special Correspondent

Heidegger’s Ways of Being

Andrew Royle introduces Heidegger’s key ideas from his classic Being and Time, showing how they lead towards his concept of Being-towards-death.

Hannah Arendt and the Human Duty to Think

The Gift of Becoming Stranded

Amee LaTour argues we should sometimes welcome being run aground by life.

The Birth of Celebrity Culture out of the Spirit of Philosophy

The Trouble with Martin

Even his best friends thought he was a Nazi, so why should we pay any further attention to Heidegger’s philosophical writings? We asked a selection of Heidegger scholars this question: “Does Martin Heidegger’s involvement in the Nazi Party and his anti-Semitism, as evident in the recently published Black Notebooks, make a difference to how we should regard him as a philosopher and engage with his work?”

Brian King says only if some specific conditions are met.

Paul Walker and Ally Walker wonder if the Golden Rule could be a stand-alone ethic.

The Not So Golden Rule

Dan Flores argues that the Golden Rule can’t be followed, even in principle.

Martin Jenkins looks at the life of a mathematician-philosopher apologist.

Why Is There Something Rather Than Nothing?

The Sheep & The Dogs

Raymond Tallis says mystery is the heart of philosophy.

The Language Animal by Charles Taylor

Nick Everitt considers Colin McGinn’s arguments that we are born with some ideas.

Mink and Brace’s Accidental Conference On The Design Argument