In this issue we’ll be looking at ancient Greek philosophy as a guide to modern life.

The philosophical tradition of Ancient Greece lasted many hundreds of years and went through various phases. The first Greek philosophers – the ones we now call the pre-Socratics – thought mainly about metaphysics. They wanted to understand the nature of change, to know how the universe worked, and to find out whether there was a single substance underlying everything. In this way their ideas were the distant ancestors of modern science. It’s all made of water, said Thales. Nonsense, it’s all made of fire, said Heraclitus. No actually, said Democritus, it’s all made of little particles which are indivisible (a-toms). And so on. 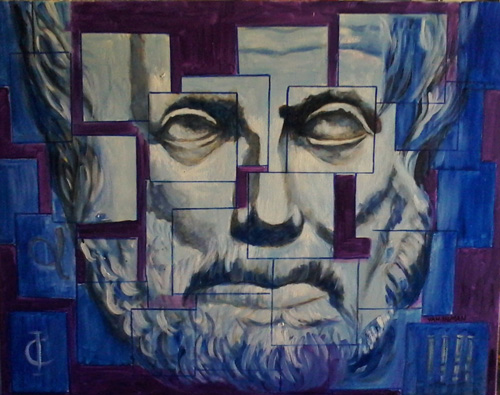 Socrates broke with this tradition in being much more interested in questions about how we should live. After his execution, his followers continued his investigations, and over the next couple of centuries a whole range of different philosophical schools took shape, each with their own approach but often taking inspiration in some way from the memory of Socrates. There were Stoics and Cynics and Skeptics and Epicureans and a few more as well. It’s interesting that well over two thousand years later, these names continue as everyday words in our language (and many other languages) used even by people who don’t realise that they were ancient Greek philosophical schools.

It’s mainly from this latter period that the articles in this issue draw their inspiration.

In this issue we look at ideas and arguments from Greek philosophy that might be useful to people in terms of their lives today. Many of the metaphysical speculations of the pre-Socratics just look quaint today, in the light of modern science. By contrast, the Greek philosophers from Plato and Aristotle onwards – the post-Socratics, as it were – still have plenty of useful wisdom to impart to modern people about moral and social issues and the nature of the good life. Ask an ancient Greek philosopher about virtue or friendship and they might well have some very useful suggestions. They’re all dead, of course, but we have their books (or else books written by their followers) so luckily we can still benefit from their considered opinions and the reasons they gave for those opinions.

So what gifts do the ancient Greeks have to offer us? This issue can provide only a taste, but our opening article concerns friendship, comparing the way Aristotle developed the notion of fellowship to the way it appears in The Lord of the Rings. Other articles consider the benefits of Socratic ignorance; the advice Stoics might have offered concerning the climate crisis; tragedy and political life; and of course, how to organise a Platonic wedding.