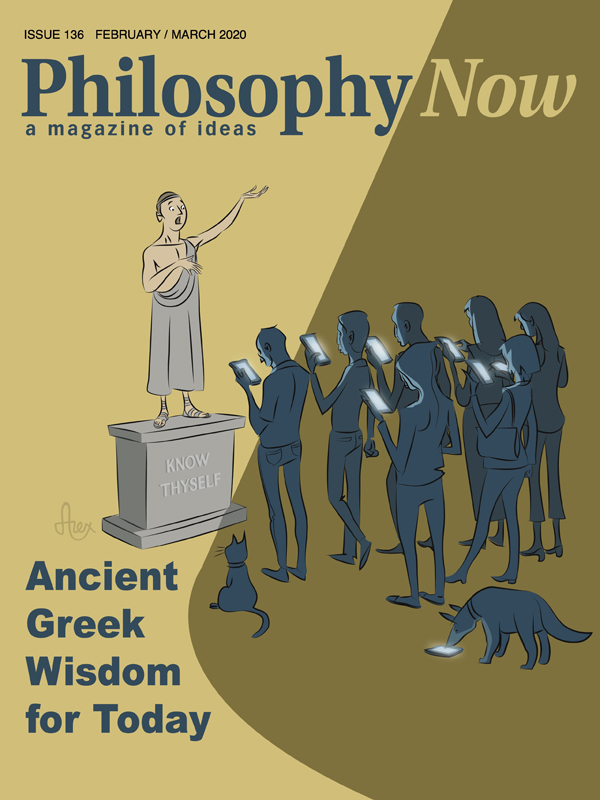 Andy Owen explains what Aristotle was tolkien about.

The Wisdom of Ignorance

Daniel Silvermintz wants us to rediscover the virtue of Socratic ignorance.

What Philosophy Does To Philosophers

Rohan Somji looks at the consequences of thinking for three antique thinkers.

A Stoic Response To The Climate Crisis

Matthew Gindin thinks that the Stoics have useful advice for us right now.

The Tragedy That Was Athens

Alex Holzman sees the history of Golden Age Athens as a play with Pericles and Socrates as its tragic heroes.

Sophia Gottfried meditates on the emptiness of non-existence.

Francis Fukuyama & the Perils of Identity

How To Change Your Mind

Steven Campbell-Harris tells us how philosophy can change thinking.

Dan Corjescu looks at how Kant wanted to unite the world.

Terrence Thomson wrestles with Kant’s unfinished work to ask what we should expect from philosophy books.

E.T. Urso has some philosophical ambivalence for us especially for Valentine’s Day.

Martin Jenkins looks at the life of an influential early political philosopher.

Gary Cox is the author of several books on existentialism and general philosophy. The 10th anniversary edition of his bestselling self-help book How to Be an Existentialist was published recently. Gavin Smith talks with him about existentialism.

Ștefan Bolea meditates on madness at the movies.

Achilles and the Tortoise