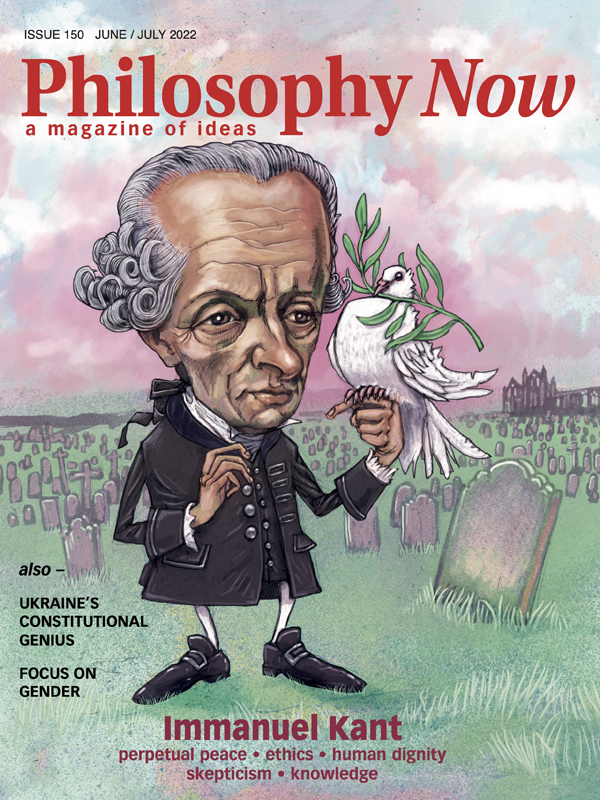 The World in Kant’s Head

Matt Qvortrup explains how the Enlightenment’s leading philosopher went looking for a bit of peace.

In Search of an Ethical Roadmap

Samantha Neave explores how to be a good person, with the help of Immanuel Kant and the Tooth Fairy.

Matt McManus explains why people have absolute worth.

Thomas Morrison asks just what Kant learned from his Critique of Pure Reason.

Joshua Mozersky argues that reality itself might be accessible to us.

The Enticing Light of Progress

Helena Moradi asks if the promise of pure progress is problematic.

Peter Gildenhuys says many adverts are saturated with sophistry.

Gender as Biological Fact vs Gender as Social Construction

Francisco Javier Camacho Jr asks, what difference does it make?

Thorsten Botz-Bornstein asks what Daoist sages might have thought about PC.

Hilarius Bogbinder tells us about an innovative Ukrainian philosopher, democratic theorist and campaigner against tyranny.

Henk Manschot is Professor Emeritus at the University of Humanistics in the Netherlands. Amirali Maleki interviews him about Nietzsche’s approach to philosophy and life.

Raymond Tallis reflects on the man in the mirror.

How to Think Like a Roman Emperor by Donald Robertson

Why Does Inequality Matter? by T.M. Scanlon

Mike Mallory sits in on a future tribunal.