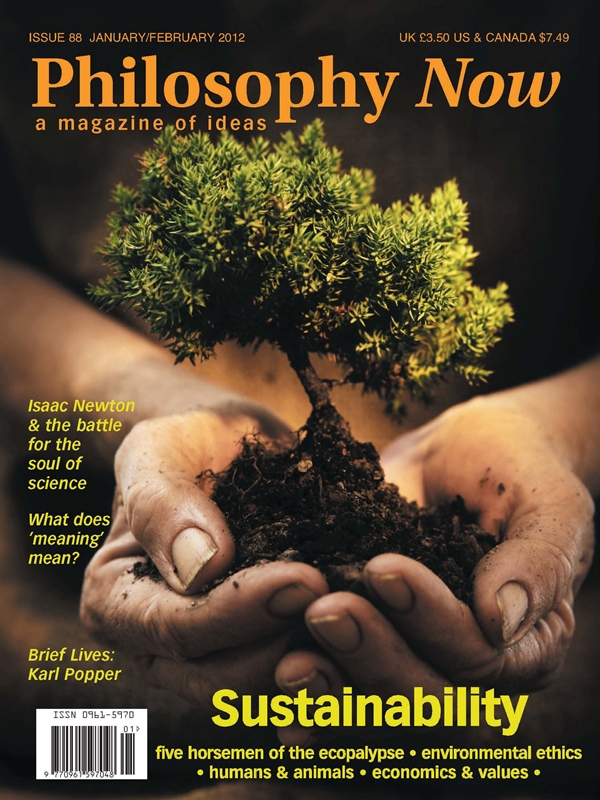 Jim Moran explains why saving the planet will be an uphill struggle.

Tim Madigan asks, what is the right attitude to take to all life?

Kevin Gibson wants to revise an influential way of thinking about sustainability.

Russell Berg gives us a brief philosophical tour of the history of scientific theorising.

Stephen Anderson asks what we mean when we ask if existence has a meaning.

History: The Study of the Subjective and Unimportant

How Can I Be Happy?

The following answers to this central human question each win a random book.

Our philosophical science correspondent Massimo Pigliucci finds himself deep in it.

A Conversation with my Neighbour

Aping Mankind: Neuromania, Darwinitis and the Misrepresentation of Humanity by Raymond Tallis

Daryn Green is of one mind (almost) with Raymond Tallis.

Learning from Words: Testimony as a Source of Knowledge by Jennifer Lackey

Heather Rivera dreams up a film review. Or does she?

Peter Colbourne tells us a tale of lost philosophers.