Taking Issue with The God Issue

An atheist’s work is never done. Just when you think that God has been buried in an unmarked grave, lo and behold, there He is back again, stalking the surface of the earth, looking for infidels to annoy. And so it was the other month, in this very journal, when two accomplished polemicists attempted to bring God back from the dead. In Philosophy Now 99: The God Issue, William Lane Craig mobilised arguments and Timothy Chappell appealed to personal experiences to persuade us to fall on our atheistic knees and admit that we were wrong. Needless to say, your columnist demurred. So I hope the Editor will permit a little civil war within Philosophy Now for the sake of truth. (I have singled out Craig and Chappell for their merits rather than their deficiencies, as it is difficult to imagine how their cases could have been set out more clearly.)

William Lane Craig (‘Does God Exist?’) offers no less than eight reasons for belief that God exists. Six of them take this form: ‘God is the best explanation of…’. According to Craig, He (God, that is) explains: 1) Why there is something rather than nothing; 2) The origin of the universe; 3) The applicability of mathematics to the physical world; 4) The fine-tuning of the universe for intelligent life; 5) Intentional states of consciousness; and 6) Objective moral values and duties. Impressive or what?

Some of these reasons are more clearly vulnerable than others. For example, the very idea of ‘objective moral values and duties’ is contested by some. Others would argue that, objective or not, there are biological, and/or psychological, and/or sociological bases for moral codes, rather than God. Yet others would point out that God, far from supplying the basis for morality, has, according to his fanzine the Bible, not only behaved amorally Himself, but has also inspired dreadful behaviour (torture, murder, oppression etc.) in His subjects. 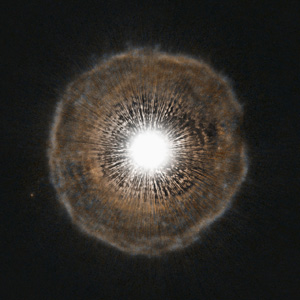 The Big Bang (Not an actual photo)

However, rather than examine each of Craig’s ‘best explanation’ reasons individually, I would like to look at the form of the argument by examining his first reason: ‘God is the best explanation of why anything at all exists’.

His argument goes as follows:

“1. Every contingent thing has an explanation of its existence.

2. If the universe has an explanation of its existence, that explanation is a transcendent personal being.

3. The universe is a contingent thing.

4. Therefore the universe has an explanation of its existence.

5. Therefore, the explanation of the universe is a transcendent, personal being – which is what everybody means by ‘God’.”

There is a lot wrong with this argument, notably premises 1-3. Take Premise 1. In what sense do we have a (complete) explanation of anything? It also seems odd to call the universe ‘a thing’, contingent or not. At any rate, while there may be explanations of individual items, it does not follow that there is an explanation of the sum total of all things, even less a single, one word, explanation of them (‘God’); less still when that word carries so much historical baggage. So while you might in some sense explain the existence of an item such as Raymond Tallis by referring to other items – his parents – you cannot generalise this process to the sum total of all items. The idea of a cause cannot be extended to apply to the totality within which all causation operates. It is logically possibly to consider a deus ex machina, but there cannot be a deus ex totalis: if the explanation and that which is to be explained are distinct, and the latter is the totality of things, then we have the logical impossibility of something which is additional to this totality. What’s more, the existence of a satisfactory explanation of Item X by Item Y does not imply that the chain of explanation will continue until we shall reach something that requires no explanation, namely God.

The passage from the universe needing an ‘explanation of existence’ to its being explained by ‘a transcendent personal being’ (Premise 2) is even more wobbly. Moreover, Craig’s claim that “this is what everyone means by ‘God’” is untrue: for some, God is impersonal; and for others God is immanent. But the claim is also irrelevant: the epidemiology of belief is not a secure guide to the nature of reality and that which brought it into being. 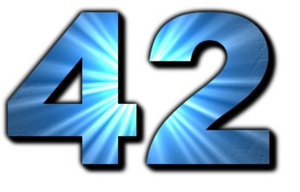 Life, the universe, and eveything?

Furthermore, the invocation of God as an explanation – of why there is Something rather than Nothing; of the origin of the universe; of the applicability of mathematics to the physical world; of the fine-tuning of the universe for intelligent life; of intentional states of consciousness – simply refers explanation backwards, to God, whose nature can be argued over until the cows come home or eternity’s sunset. Without further information, invoking ‘God’ in this context is simply to mobilise a verbal placeholder to fill gaps in our understanding. This is even more bankrupt an explanation than Douglas Adams’ joke that the meaning of life, the universe, and everything is 42. At least 42 has a core of agreed meaning. What’s more, it has not prompted disputes that are still staining the surface of the earth with spilt blood.

Craig’s seventh reason draws on Anselm’s Ontological Argument and Possible World Semantics to arrive at the conclusion that the very possibility of God’s existence implies that He exists. Craig argues that, if “a maximally great being” (God) exists in any possible world, it exists in every possible world (otherwise it would not be maximally great); from which it follows that it necessarily exists in the actual world. The idea that God can sneak into existence via a cunning definition belongs to the wilder shores of scholasticism. The false move is the identification of “maximally great being” with ‘God’.

On the principle of belt and braces, Craig not only offers arguments, but also the testimony that “God can be personally known and experienced.” Indeed, he worries that “there’s a danger that philosophical arguments for God could actually distract your attention from God Himself.” This dovetails neatly with Timothy Chappell’s defence of theism in ‘Theism, History and Experience’ in the same issue. Theists, Chappell says, are not impressed by arguments for or against the existence of God: they should forget arguments and focus on experiences, because experiences cannot be denied.

In defence of this position he offers an analogy. Clever philosophers are able to demonstrate (to their own satisfaction, if not to ours) that there is no incontrovertible evidence for the existence of an external world. But although we might find their sceptical arguments interesting or even irrefutable, we would not for a moment believe their conclusions: our experience tells us otherwise. So it is also with those who have had an experience of God, Chappell claims. Their experience justifies their belief, regardless of any counterarguments by clever philosophers.

Is Chappell’s argument by analogy valid? There are several reasons for dismissing his appeal to the primacy of experience over argument in support of the existence of God when analogously compared with experience of the existence of the external world. While there are many people who seriously deny the existence of God and behave accordingly, no-one sane could doubt the existence of the outside world, or indeed could function in it if they did. Chappell acknowledges that there have been long periods of history – indeed most of history before the Christian era – when people have not believed in a personal God, the Infinite Intimate who is the founder and creator of the cosmic order. By contrast, there could not have been periods of history when people really did not believe that there was anything outside of their own minds.

Anyway, arguments for denying the reality of an outside world are self-refuting: the fact of arguing assumes the existence of other people to argue with, which in turn presupposes an outside world. Who, otherwise, would solipsists think they were talking to? The reality of other people, of a community of speakers, is implicit in the very language we use to discuss this matter: how could ‘outside’ and ‘world’ have any meaning in a universe confined to the mind of one individual denying their existence? So it is entirely reasonable to reject the idea that there is no external world, however brilliant any contrary arguments. On the other hand, ignoring the arguments against theism, if they are sound, by retreating to an appeal to experience, is not reasonable. So relegating the atheist’s arguments to mere ‘interesting puzzles’ that are trumped by theists’ experiences is not an option. Nor is it acceptable to respond to the atheist by saying that if a description of God is self-contradictory or problematic, we simply need to alter the description. Nor is responding to the fact that all descriptions of God so far on offer are riddled with contradictions with the claim that “something will turn up.” It’s just not good enough to respond to evidence of logical inconsistency in the idea of God by saying, “How interesting. So God’s omnipotence [or goodness or whatever] lies beyond our understanding,” or “Perhaps omnipotence is not what matters in thinking about God,” or arguing that the problem of evil – of an omnipotent, benign God who nonetheless presides over a world in which wickedness and suffering are prevalent – is simply irrelevant, since it is trumped by experience.

There are many problems with the appeal to the primacy of experience over argument. The most important is that what is at issue is not whether or not theists have certain experiences they regard as revelations of God, but the firmness of the basis for interpreting the experiences in that way. No experience, however subjectively compelling, could of itself provide grounds for the assertion that there is One objective Infinite but Intimate God. But this is the belief that Chappell holds (and which, by the way, he distinguishes from a belief in deities in the plural, which he dismisses as mere superstition). The dodginess of translating personal experience into an irrefutable justification of a particular belief about the universe as a whole, is betrayed by the fact that other people, with experiences just as profound, have quite different religious beliefs. It is even more dubious if we have to accept (as Chappell urges) that any definition of God is provisional. Moreover, the notion that experience of a personal God trumps any argument is, of course, an argument, of sorts; as is Chappell’s plea that we should cultivate the hope that it will eventually become clear why our world does not seem compatible with the idea of a benign, omnipotent, Creator, when according to him, in fact it is.

Perhaps William Lane Craig, who uses (apparently specious) arguments to prove the existence of God, and Timothy Chappell, who gives experience primacy and argues that arguments are irrelevant, should get together and meta-argue the toss. I would love to chair the debate.

In the meantime, I am bracing myself for the Letters page.

Raymond Tallis’s new book is Epimethean Imaginings, out from Acumen in May.

William of Ockham: Defending the Church, Condemning the Pope

A Plague On Both Their Houses

The Shackles of Superstition