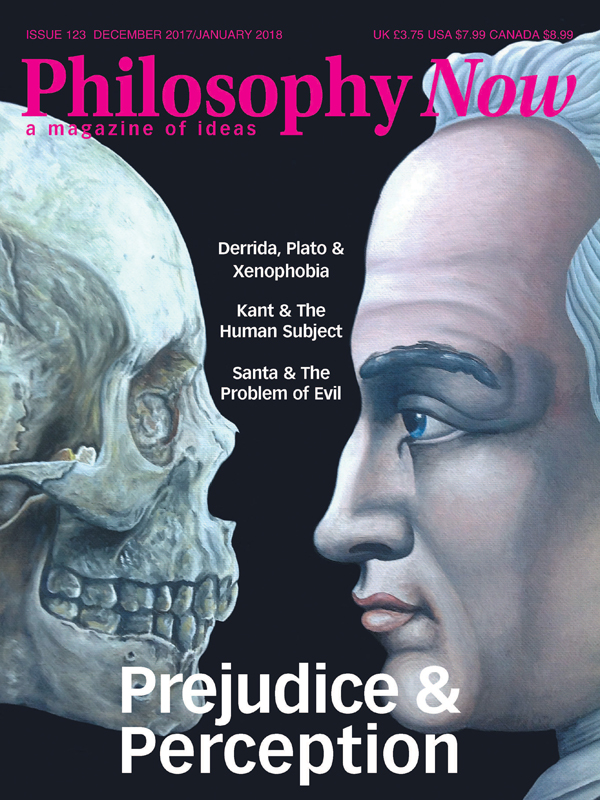 The False Mirror: A Brief History of Prejudice

Peter Benson tackles xenophobia with the help of Jacques Derrida and Plato.

Anya Daly says we’ll solve homelessness only when we see it as our problem.

An Education In Diversity?

Christina Easton asks if a liberal education can be forced on non-liberal communities.

What’s So Bad About Smugness?

Emrys Westacott asks whether it really is a terrible moral failing.

The Rise of the Intelligent Authors

Lochlan Bloom wonders what writers will do when computers become better writers than humans.

Santa Claus & the Problem of Evil

Jimmy Alfonso Licon engages in a little Santodicy for Christmas.

Brian Morris compares the ways Kant’s question “What is the human being?” has been answered by philosophers and anthropologists.

Paul Giladi, Alexis Papazoglou, & Giuseppina D’Oro say we need to recognise that science and the humanities are asking and answering different questions.

Seeing the Future in the Present Past

Siobhan Lyons perceives the flow of history in terms of organic growth and decay.

How Can I Know Right From Wrong?

The following responses to this basic ethical question each win a random book.

When Your Favorite Philosopher is a Bigot

Aesthetics & the Sciences of Mind

John Greenbank asks if science can ultimately tell us anything about artistic experience.

Photography In The 18th Century

Kaya York tries to comprehend Everything.