It was the last night of a short weekend visit to Denver, and my old college roommate Paul and I were holed up in his apartment with a half-gallon of cheap Canadian whiskey. My girlfriend was back in Washington spending the weekend with a dog she adopted a year ago with her ex-boyfriend. Paul’s partner was at an academic conference in Kansas, where she was giving a talk on the notion of alterity in the early works of Nikolai Gogol. This was the first weekend that either I or Paul had spent away from our significant others in nearly five months, so naturally we spent the entire time drinking, chain-smoking, playing drunken matches of ping pong, and endlessly expatiating about our relationship gripes and our paradoxically concomitant hopes and other romantic musings. Such preoccupations were the cause of deep discontentment on both of our parts, and the more we drank, the more the anxieties began to gush forth. “I simply think it’s odd that someone would continue to regularly see a dog they adopted with their ex-boyfriend while in the midst of a new relationship,” I commented, filling Paul’s glass. “Especially on a weekend the new boyfriend’s out of town.” 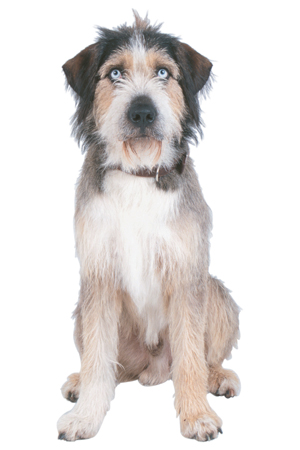 “Yeah that is pretty weird,” Paul agreed, accepting the drink. “When I think of two people sharing a dog, I think of a couple, not two people who used to date.”

“Exactly! She always insists they’re just friends, but it just gives me a weird vibe, you know.” I take a swig of the whiskey – “It’s like it gives the ex-boyfriend permission to constantly orbit the relationship. It makes it seem like there’s some unfinished business.”

“I don’t know. I once asked her whose dog it is, and she didn’t hesitate to say that it was his. She even said she realizes there will come a time when she’ll have to stop seeing it, and him, but that has yet to happen. I don’t want to be the weird jealous boyfriend, so I’m not going to say anything.”

“Yeah, I understand that,” Paul said, swirling the whiskey in his glass. “Anytime my girlfriend goes on these trips to her conferences I’m always paranoid she’s going to hook up with some random dude she meets at the hotel bar.”

“It’s not that,” he said, looking up as if searching for what to say next, “It’s just…” He paused again and took another swig. “Here’s what it is,” he began to say more decisively: “People are attracted to exciting things. In those moments when inhibitions are lowered – be it at a bar, club, coffee shop, whatever – if there’s a spark, it could completely override anything that was previously there, changing everything. I don’t think she’d set out to cheat on me, but I’m worried that if the environment is right, the lighting is right, the guy is smooth enough…”

“She’ll completely forget about you?” I asked.

“Essentially, yeah,” Paul answered. “The fact is, people live in the now; the past is dead and gone. And while she’s there in Kansas, I’m not a present option. If the now is more powerful than the past, it’s entirely possible that she’ll be unfaithful, and there’s nothing I can really do about it.”

“I agree that there’s nothing you can do about it,” I said. “However, I think I disagree with your central thesis.”

“That people live in the now.”

“How is that wrong?”

“Well, I think people are oriented in a different way,” I said, setting my glass down. “I mean, like the future is more important than the now.”

“That doesn’t make any sense. Unlike the present, the future isn’t something actual, but something potential, it lacks substance.”

“Hear me out,” I said: “There was this philosopher, Martin Heidegger – who, by the way, was a Nazi, but that’s not important for the point I’m making… what is important is his understanding of the temporal construction of man. He thought people are constructed, not past-present-future oriented, but rather future-past… And it’s the present that’s actually the mystery – a project that has to be constantly worked out. After all, where is the present? Is it… now!?” As I said ‘now’ I snapped my fingers, then looked around as if I were expecting something to reveal itself to us. “And it’s gone!” I picked up my drink again, and finished it off.

“So you’re saying that no one lives in the now?” Paul asked.

“Not exactly,” I replied, licking my lips slightly. “I’m saying it’s more a question of what gives something meaning. The future is what gives meaning to the now. What Heidegger means is that our present is always interpreted in regards to a future possibility. Here’s an example. If someone goes to law school, all those tests, exams, internships, and so on only make sense – only have meaning – because that person’s trying to become a lawyer. The future possibility is what gives meaning to the law student’s present.”

“Well, that depends on the person. Heidegger thought that all people are ‘being-possible’ – that being oriented towards or centred around future possibilities is one of the fundamental aspects of being human. However, although individual pursuits differ, we are all united in the fact that one day we are to be not possible – that is, we’re all going to die. This awareness of our own finitude is what causes the existential anxiety we all experience from time to time, in fact.”

“That’s pretty deep, man,” Paul replied, leaning back. “So what does this have to do with my girlfriend?”

“Right…” I said, regathering myself. “What I think Heidegger would teach us there, is essentially that if your girlfriend cheats on you, then the possibility of spending a life with you is no longer a live option in her mind. If she’s still seriously considering a possible future with you, that would take precedence over any casual fleeting encounter. The small print to this is that her even seriously considering another’s advances would mean that the relationship is already more-or-less doomed, since it means its future has stopped being a working possibility. Your relationship has ceased to have meaning in a Heideggerian sense of the term.”

“That actually makes a lot of sense,” Paul said, leaning forward as if he had to consider the theory with his entire body.

“This is why I think cheating is more significant than a simple betrayal of trust or a violation of some archaic moral code,” I continued: “More than that, it represents a violation of something every long term relationship is predicated on – namely the idea that the possible future together is guiding the present moment. Infidelity is a betrayal, but not only in the physical or moral realms, but also in the realm of meaning. It says to the other person that the possibility of an entire future together with them was less meaningful than the possibility of a one night encounter with a comparative stranger. Or worse yet, that the idea of someone else gives their present more meaning than their partner does.”

“So what you’re saying is that if my girlfriend really loves me, and the prospect of spending her life with me is a present and valid option in her mind, it doesn’t matter who tries it on with her, our future possibility will take precedence?”

“Is that why the dog thing bothers you so much?”

“The dog your girlfriend shares with her ex. Is what bothers you the fact that it seems to show that here lies some possibility that’s still at work in her present?”

“Probably, yeah,” I answered, after thinking it over. “I guess it bothers me because the dog is a living symbol of a relationship that she still keeps around, so there must exist some meaning to it that she’s not ready to extinguish.”

“Or it could just be that she likes the dog.”

“Even so, the dog implicates the ex-boyfriend in a way I don’t think can be divorced from his person, that is, from his position as her ex.” I insisted. “Like I said, it’s complicated, and there are a lot of variables.”

“Maybe it’s just too early for her to end business as usual with her ex and so on?” Paul proposed, “Maybe right now your relationship is just being possibly possible?”

“Okay don’t abuse the concepts,” I said. “Heideggerian temporality or not, adopting a dog with an ex-boyfriend is just weird.”

The conversation went quiet, while in the background Bruce Springsteen’s ‘Tunnel of Love’ poured forth from Paul’s laptop. We sat and listened to it, and then went to play a game of ping pong, during which an intense discussion was had regarding the best Judd Apatow film. The night raged on, and in the morning there was no more talk of Heidegger, only of departure times and hangovers, and passive-aggressive comments about dogs and academic conferences.

Sebastian Richardson is a graduate of Portland State University and Mt Angel Seminary with degrees in Philosophy and Russian.

The Gift of Becoming Stranded

The Birth of Celebrity Culture out of the Spirit of Philosophy

A Philosophy for Hitler

The Trouble with Martin