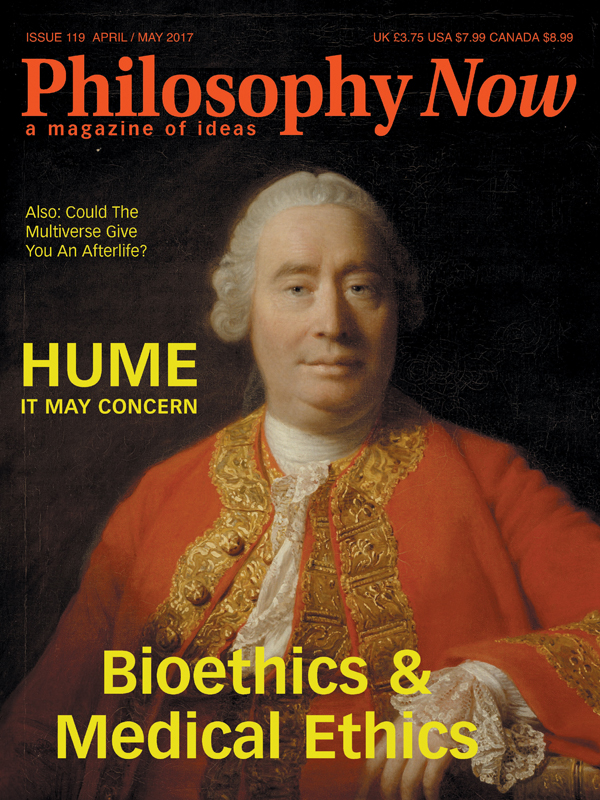 Tom Regan, who made case for animal rights, dead at 78 • App developer says Everything is Philosophy • Bright kids “no more moral” — News reports by Anja Steinbauer

Are Designer Babies Our Future?

Keith Tidman overhears a prophetic dialogue about the pluses and minuses of genetically engineering children.

Informing People About Their Genetic Risks

Jan Deckers and Dominic Hall ask whether relatives of patients with a genetic disease should be told that they themselves are at an increased risk.

Can We Trust Medical Science?

Simon Kolstoe says that all is not well with medicine.

Paul Walker ponders the best type of relationship between a doctor and a patient.

Vincent Lotz asks who should have the decisive power over someone’s cells after their death: their family, or the medical community?

Can The Multiverse Give You An Afterlife?

Rui Vieira says yes it can, of sorts.

The Sound of Philosophy

James Tartaglia asks whether philosophy and music should intersect.

Singing In Choirs: An Existential View

Alistair MacFarlane treats of the life of a great Scot.

What Is The Future Of Humanity?

The following philosophical forecasts of our fate each win an unforeseeable book.

The Elusiveness of Memory

Vaughan Rapatahana considers what Colin Wilson had to say about other philosophers.

Mark Dunbar reflects on what makes a book a classic.

Where Have All The Intellectuals Gone? by Frank Furedi

by Bill Thomas and Rob Thomas

On Sympathy: A Dream Dialogue