Aristotle, for all his undoubted merits, was a rather strange choice to be the great authority among medieval philosophers. They loved his pioneering work on logic and his contributions in natural philosophy, which did not create too many difficulties for the members of the Jewish, Christian, and Islamic faiths who lauded him. But his teachings were more awkward on the points they cared about most: he denied that the universe had a beginning in time, and he made God not a person, but only an unmoving cause of eternal celestial motion. To all appearances, he also denied the immortality of the soul. His famous definition of the soul, after all, makes it the ‘form of the body’. And forms don’t usually outlive their bodies. If you burn a table to ash, the shape of the table doesn’t survive, any more than the wood it is made of.

Already in Late Antiquity (2nd century onwards), interpretive ingenuity was brought to bear on this problem, emphasizing a few passages where Aristotle suggests that our intellect may not need to use the body. But this maneuver has a downside. If the most important part of your soul, namely your mind, doesn’t need a body, then why bother having a body at all? Is it only a punishment, maybe? Or perhaps, as Plato and his followers would argue, it’s a rather casual arrangement, with the soul being an immaterial entity that already existed before the body did, and that is associated with the body only temporarily? Some Platonists used this rationale to endorse the already ancient Pythagorean belief in reincarnation, even the possibility that human souls are reborn in animal bodies. 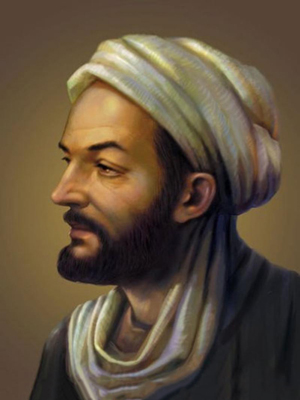 Avicenna (Ibn Sīnā , 980-1037), the greatest philosopher of medieval Islam, had a different approach. He believed that each soul needs a body of its own in order to be distinguished from other souls. One soul would, in and of itself, be exactly the same as any other soul. And two things that are not different in any way cannot really be two things. There must be some principle that ‘individuates’ them, making them one particular soul and another particular soul. Think again of the table, or rather, of two exactly similar tables. The only reason there are two forms is that one of them is the shape of this wood, the other the shape of that wood.

So Avicenna thought Aristotle was right to say that your soul is the form of your body, if this just means that your soul is the source of your body’s organic powers and all the other features that make your body alive. The connection to your body explains why your soul is different from mine. This sets Avicenna apart from those Platonists who would have said that the soul is only accidentally related to bodies, as if it could just hop from one to another without difficulty. On Avicenna’s view, a soul becomes the particular soul it is through its intimate tie to one particular body, so we cannot imagine our souls existing in their own right before they arrived in our bodies.

It may seem Avicenna has steered too far in an Aristotelian direction for religious purposes. If my soul needs my body to exist, then how can I live on after my body’s death?

To some extent Avicenna’s answer here is the traditional one. Most of the soul’s functions, such as sensation, will cease upon death: you can’t see without eyes. In fact, for Avicenna, non-human animals cease to exist entirely when their bodies die. But humans have the higher powers of reasoning and intellect, and that makes us special. However, thinking depends on sensation and memory, without which we would have nothing to think about. So in that sense we do need the body, at least to start to think. But once we have used these lower functions to learn about the natures of things in the world around us, we can then engage freely in intellectual contemplation of those natures. That sort of thinking involves no organ. How could it, argues Avicenna, given that it’s completely abstract thought?

Avicenna offers another argument that our souls do not need our bodies, by imagining the case of a person who has just been created in midair by God. Without anything to see, touch, or hear, and without any memory of the past, this ‘flying man’ has no opportunity to become aware of his own body or the world around him. Yet, Avicenna says, he would still know that he exists: he would still have a self-awareness that puts him in touch with his true, immaterial self.

This leaves Avicenna with one final problem. He has told us that the soul does not need the body for thinking and self-awareness, but it does need the body to be the individual soul it is. If it needed its body to be individuated at the start, how can it lose its body at death without losing its individuality? Avicenna’s answer, it seems, is that by the time we die our souls have already engaged in activities that make them individual, such as having personal experiences and thoughts. Here the body is like the proverbial ladder, which one climbs up then throws away: you need it to become who you are, but once you are who you are, you don’t need to keep your body to keep being that person. Thus the soul can go on being self-aware, and after death go on thinking about the ideas it has learned after death. This is of course a rather austere vision of the afterlife – a life of pure thought that only a philosopher could anticipate with any eagerness. But at least one can look forward to being the same philosopher one is now.

All Your Love is Need

Plato And Aristotle In The Underworld