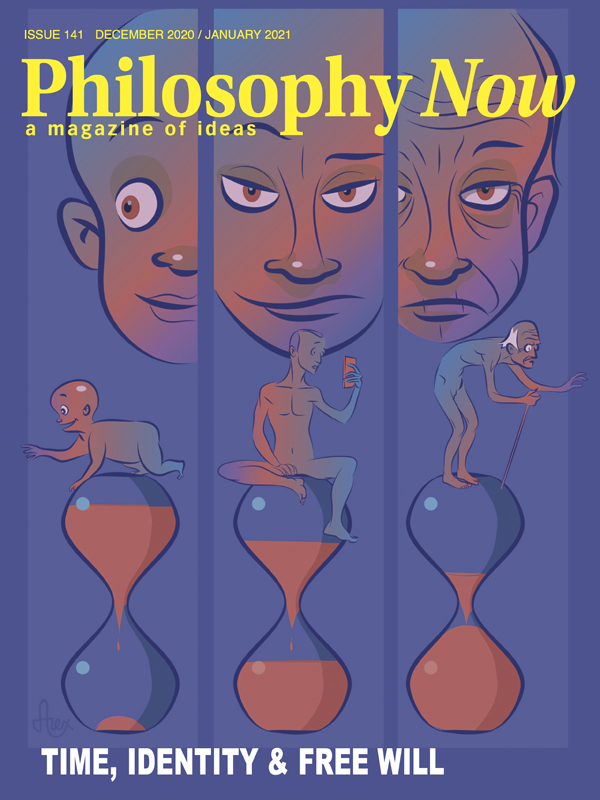 To Be Is To Persist

Dustin Gray finds out that continuing to exist isn’t as simple as you might think.

The Metaphysics of Groundhog Day

Lawrence Crocker says it’s about time, and personal identity, and free will.

Free Will & The Brain

Kevin Loughran wonders what scientific experiments really tell us about free will.

Do We Want To Be Free?

Siobhan Lyons discovers that free will doesn’t come for free.

Luc de Brabandere lets us sail with him along the two great rivers of thought that have flowed down the centuries from ancient philosophy into modern computer science, from Plato and Aristotle to Alan Turing and Claude Shannon.

Douglas Groothuis argues that it is possible for someone to be gay, happy, and committed to traditional sexual ethics.

The Future of Philosophy is CYBORG

Nick Gutierrez wonders if pleasure-seeking is underrated as a virtue.

Morgan Sloan studies a Spanish philosopher and public intellectual who wanted to use philosophy to help society.

Does History Progress? If So, To What?

Raymond Tallis takes it upon himself to prove that you exist.

Nick Everitt is unconvinced that what Simon Blackburn says about truth is true.

Perfect Me by Heather Widdows

A ‘feminish’ book, reviewed by Stuart Hannabuss, reflects on beauty and otherness.

A ‘feminish’ book, reviewed by Dharmender Dhillon, reflects on beauty and otherness.

On Not Being Someone Else by Andrew H. Miller

Alexandre Leskanich looks wistfully at all the lives he and we haven’t led.

The Nightmare Before Christmas

Siobhain Lash argues that you can sometimes be to blame even when you couldn’t have done differently.