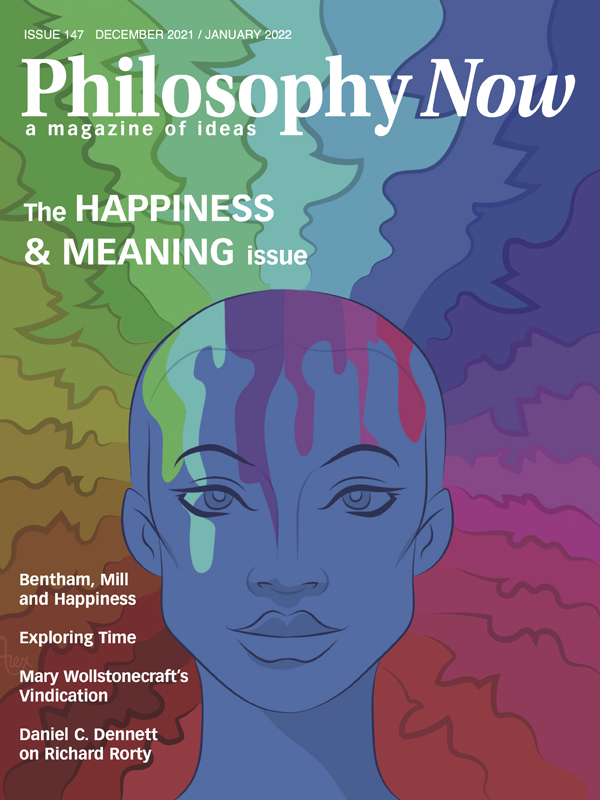 The fault is not in our stars but in our genes • Trans rights and academic freedom • Moral dilemma? Ask a chatbot — News reports by Anja Steinbauer

Looking for the Purpose of Life

Brian King says that life’s meaning is a question of purpose; but what is the purpose of human existence?

Why You’re (Probably) Wrong About The Meaning of Life

Lewis Vaughn asks what it’s all about.

Gary Cox asks, ‘is happiness a cigar called Hamlet?’, and other searching questions.

The Philosopher with a Thousand Faces

Alex Gooch on narrative, meaning, and the failure of philosophy.

Huygens: A Scientist Among the Philosophers

Hugh Aldersey-Williams traces the philosophical connections of a polymath.

Farah Abdessamad wonders if it is a function of responsibility.

Antonis Chaliakopoulos offers an intro to Heraclitus, and to Hegel, via each other.

Nurana Rajabova looks for a way of seeing time as if from the outside.

Brad Rappaport expresses the essential attributes of the prophet of pantheism.

Can Eating Meat Be Justified?

Each answer below wins a book. Apologies to the entrants not included.

Samuel Grove recently published Retrieving Darwin’s Revolutionary Idea: The Reluctant Radical. In commemoration of the 150th Anniversary of The Descent of Man (1871), Roberto Navarrete sat down with him to discuss the philosophical dilemmas Darwin faced in applying his theory of natural selection to human beings.

From Dust to Dust

Raymond Tallis on a lifetime of cleaning.

An Event, Perhaps: A Biography of Jacques Derrida by Peter Salmon

Omar Sabbagh on a biography of Jacques Derrida.

A Vindication of the Rights of Woman by Mary Wollstonecraft

Dylan Skurka on a film that suggests it’s possible to choose to overcome your upbringing.

Samantha Neave finds that Christmas is a time for woe ho ho!