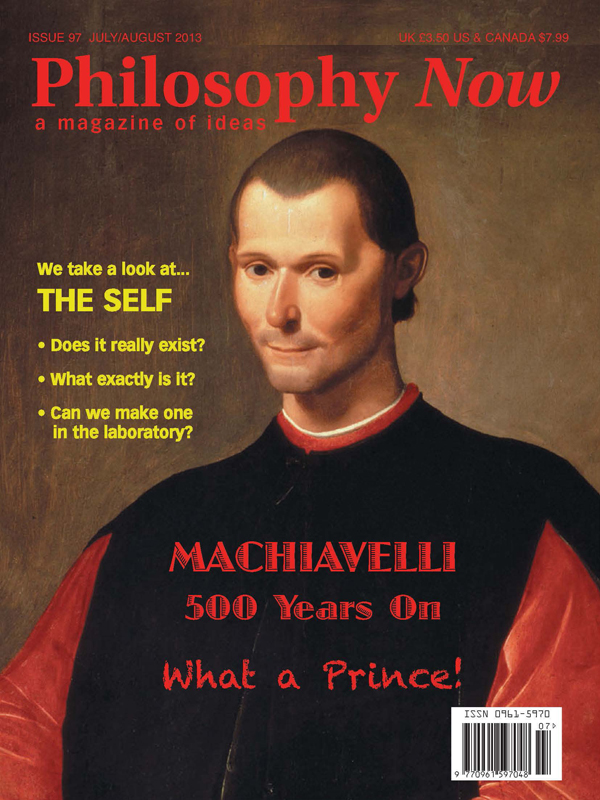 Chris Durante asks himself just what makes him the person he used to be.

The Illusion of the Self

Is The Buddhist ‘No-Self’ Doctrine Compatible With Pursuing Nirvana?

Katie Javanaud asks whether there is a contradiction at the heart of Buddhism.

How Old is the Self?

Frank S. Robinson takes issue with Julian Jaynes’ argument about the self.

Alessandro Colarossi says that Artificial Intelligence is in danger of a dead end.

Julien Beillard argues that it makes no sense to say that morality is relatively true.

Good News from Neurology – But Don’t Get The Wrong Idea

Francis Fallon thinks about the difficulty of deciphering thought in the brain.

One Law to Rule Them All

Tim Wilkinson tries to chart our quest for consistency without contradicting himself.

Graeme Garrard on one of the few writers whose name has become an adjective.

This One’s For You

Could The Universe Give A Toss?

Raymond Tallis thinks about probability and the frozen world of quantum mechanics.

Eleni Panagiotarakou benefits from Nassim Nicholas Taleb’s attack on the follies of over-cautiousness.

Richard Baron inspects different ideas of the self.

Frank O’Carroll observes a liberating encounter in a French café.

That Which I Am