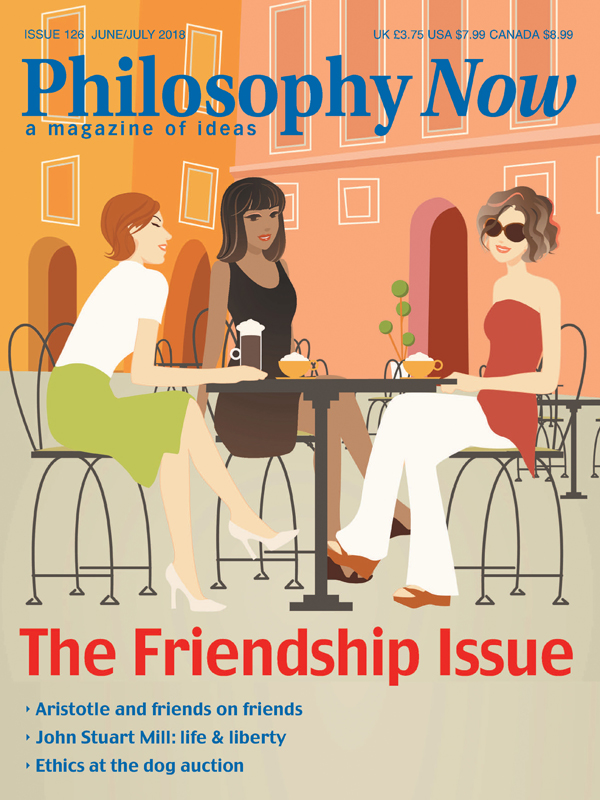 “Anyone who has good friends is a success”

Tim Madigan and Daria Gorlova explain Aristotle’s understanding of good friends and tell us why we need them.

The Value of Friendship for Education

Teleology Rises from the Grave

Stephen Asma says biology needs to understand the purpose – the ‘telos’ – of organisms and systems.

The Original Meaning of Life

Stephen Leach and James Tartaglia investigate where the idea of the meaning of life originated.

Philosophers At The Dog Auction

How Kim Kavin found herself considering the philosophies of Kant, Mill and Singer at America’s biggest legal dog auction.

Why Physicalism is Wrong

Grant Bartley argues that to say the mind is physical is an abuse of language.

Stamatina Liosi enlists the help of Immanuel Kant to discover why we have a duty to treat the dead with dignity.

Alistair MacFarlane looks at a man who applied his thought to his life.

Judging Heidegger • Hail & Hurricanes • Being & Appearance • Could A Philosopher Be Conscious? • The Ex-Freedom Files • Off-Balance In Translation

Can Confucians Have Friends?

Peter Adamson says the bonds of friendship are virtuous.

Philosophy of Nature by Paul Feyerabend

Massimo Pigliucci says the bad boy of philosophy of science has done it again, posthumously.

Ethics, Knowledge and Truth in Sports Research by Graham McFee

Paul Davis commentates on some philosophy of sports research.

Keith Frankish asks if it’s possible to know whether humans, or robots, have minds.