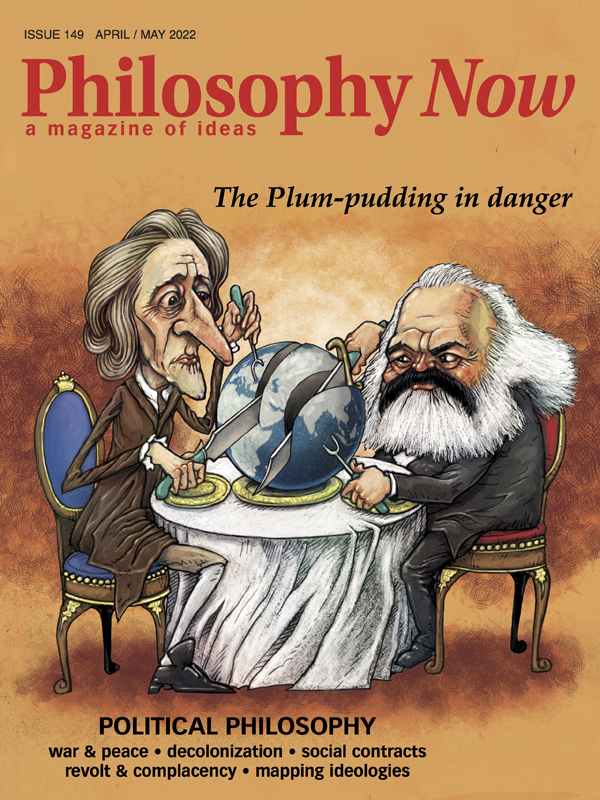 The Causes of Peace

A Map of Political Ideas

Phil Badger draws the boundaries of political thought and explores the territories.

Stefan Catana on three revolutionary thinkers and their ideas for creating progress in politics.

Lorenzo Buscicchi asks, would you plug into Mark Zuckerberg’s virtual world? He finds that the question has been considered by philosophers for decades.

Angela Dennis computes the use and abuse of digital data.

Jarlath Cox says whether life brings pleasure or pain, the value of being born is the ability to experience at all.

Richard Oxenberg on the need for an old paradigm, especially in ethics.

Martin Jenkins recalls what we know for sure about the philosopher in the barrel.

What is a Person?

Duane Rousselle is a Canadian professor of sociological theory, author, and a practicing psychoanalyst. He reports to Julie Reshe on recent mutations in postmodern ideology.

Looking to the Past

Perception as a Controlled Hallucination

This issue we consider ultimate human realities as Raymond Tallis has the intention of proving free will.

Rutger Bregman gives a hopeful spin on our species.

Beyond Bad by Chris Paley

Chris Paley wants us to leave morality behind completely.

Androids At The Cinema

Alessandro Colarossi looks at how Hollywood draws and blurs the line between human and machine.

Stephen Brewer’s couple are determined to argue about free will.