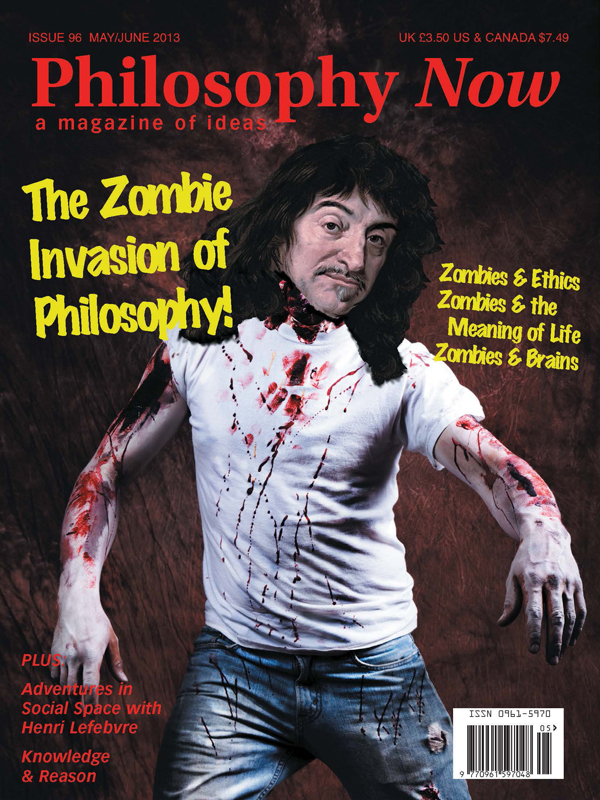 The Zombie Threat to a Science of Mind

What’s So Bad About Being A Zombie?

Dien Ho asks if you’d be better off undead.

Brendan Riley asks: is it okay to kill a zombie just because it wants to eat you?

When A Body Meets A Body

Tim Madigan discovers that Jeremy Bentham has risen from the grave!

Seán Moran won’t be palmed off by talk of backwards causation.

…er than they are: Adventures in Space with Henri Lefebvre

Tom Liam Lynch gives a semi-literal account of writing a literature review that not only addresses the spatialization of literacy, but is written spatially.

Katharine Merow asks what’s buzzing around in the head of the Sphex wasp.

Alistair MacFarlane on how a poet’s daughter invented the concept of software.

How Can We Eradicate Poverty Whilst Avoiding Environmental Destruction?

The following answers to this timely and vital question each win a random book.

Joel Marks has an amoral moment.

Our philosophical science correspondent Massimo Pigliucci reports from a workshop.

Raymond Tallis thinks about queuing and milling about.

Why Marx Was Right by Terry Eagleton

Answers For Aristotle by Massimo Pigliucci